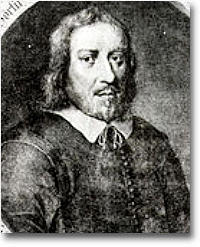 Jacob Boehme (1575 – 1624) was a German Protestant mystic, theologian, writer, and cobbler by trade. His most well-known book, Aurora: The Dayspring, or Dawning of the Day in the East, is considered a classic of spirituality. Boehme once stated that “Heaven is nothing other than a revelation of the Eternal One, where everything works and wills in silent love.”

One biographer wrote that, at the age of twenty-five, Boehme was “surrounded by the divine light, and replenished with the heavenly knowledge, insomuch as going abroad into the fields to a green, at Gorlitz [a town in Saxony, Germany], he there sat down and viewing the herbs and grass of the field, in his inward light he saw into their essences, use, and properties, which was discovered to him by their lineaments, figures, and signatures.”  Of this experience, Boehme wrote, “In this light my spirit saw through all things and into all creatures, and I recognized God in grass and plants.”

Boehme described a later period of mystical experience as follows:

“In one quarter of an hour I saw and knew more than if I had been many years together at a university. For I saw and knew the being of all things, the Byss and the Abyss, and the eternal generation of the holy Trinity, the descent and origin of the world and of all creatures through the divine wisdom. I knew and saw in myself all the three worlds, the external and visible world being of a procreation or external birth from both the internal and spiritual worlds; and I saw and knew the whole working essence, in the evil and in the good, and the mutual original and existence, and likewise how the fruitful bearing womb of eternity brought forth. So that I did not only greatly wonder at it, but did also exceedingly rejoice, albeit I could very hardly apprehend the same in my external man and set it down with the pen. For I had a thorough view of the universe as in a chaos, wherein all things are couched and wrapt up, but it was impossible for me to explicate the same.”

Writing of “Primal Love,” which he experienced during his absorption in the Godhead, Boehme stated that “it may fitly be compared to Nothing, for it is deeper than any Thing, and is as nothing with respect to all things, forasmuch as it is not comprehensible by any of them. And because it is nothing respectively, it is therefore free from all things, and is that only good, which a man cannot express or utter what it is, there being nothing to which it may be compared, to express it by.”

Quoted by William James in The Varieties of Religious Experience.