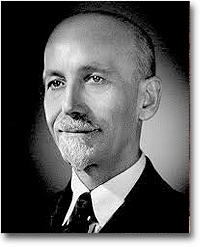 Paul Brunton (October 21, 1898 – July, 27 1981) was a British-born philosopher, writer, mystic, and world traveler. In his thirties, he left a journalistic career to live among yogis, mystics, and holy men, and he studied Eastern and Western spiritual teachings. Brunton spent his life on a spiritual path, and he holds a preeminent position in bringing to the West the East’s doctrine of Mentalism. Brunton wrote numerous books, including A Search in Secret India, The Hidden Teachings Beyond Yoga, and The Wisdom of the Overself. Today, the Paul Brunton Philosophic Foundation (PBPF) serves “as a resource for individuals seeking to deepen their experience and gain broader understanding of themselves, their deeper Self, and the Real.”

Paul Brunton’s spiritual quest began early in life. At the age of sixteen he experienced a series of ecstatic states, as a direct result of having meditated regularly and intently for six months. Although the immediacy of these mystical experiences waned after several weeks, their afterglow lasted for three years, and they decisively shaped the remainder of Brunton’s life. Brunton continued to have mystical experiences, including an important one in the early 1930s, while sitting with Ramana Maharshi, a leading Hindu mystic of modern times. Brunton said that his “own final illumination happened in 1963” and described his illumination as follows:

“Suddenly, I realized that this was a crushing of the self by an unknown power beyond myself.  It was then that I began to fervently pray….

Next a feeling of oneness with God followed. I seemed to know and understand much that I had never understood before. My ego was going and my happiness increased every moment.  I felt that this newfound faith would guide me through every possible situation….”

All day long I felt that I was in communion with God so that I was either praying or talking to him, and he was constantly with me as my beloved companion whose presence I felt strongly. At times I would become so immersed in this feeling that I thought I was God!  I felt that the real me was invulnerable. No one could hurt it no matter what they did to the outer person.

The Divine presence seemed to be very near.  In fact, I knew that it was my real essence. Whenever any difficulties or problems arose, I found that all I had to do to solve them was to say ‘Not my will but thy will be done.’ With enough patience, they would invariably work out in the best way….

The word ‘I’ was pronounced in me; I saw it was the only reality, all else illusion. I was in every person there, but they did not know it and clung to its counterfeit – body intellect and desire – which blocked their way to spirit. ‘I AM’ is the foundation of truth and reality of the whole universe…..I was not the body and felt so free of it that I knew I could not die; in the real ‘I’ I would always be able to live for it was God….

The power of God surged through my being with such force I realized that within myself, at the center of my being, God was always there, strong, great, loving, blissful. And when I looked around at my fellows I saw that there too, deep within every one of them, He dwelt, serene and quietly. Only they were not aware, not awake to this Reality….

All my experiences now began to fit into a pattern.  All fear left me.  The world was transfigured with light.  A few hours later whilst in bed in a state between sleeping and waking, I became conscious of a vast cosmic experience…I felt that the entire universe was a unified whole in which everything related to everything else, and that I, myself, was one with it. I could see now that everything that had happened to me in former years was part of a tremendous plan and had to happen that way. There was purpose and meaning in it all….The world and everyone in it is controlled by a vast Universal Mind. Every act and word is within the Mind or Plan….

The Cosmic Vision revealed the true meaning of freedom and fate, and showed how illusory is the feeling of free choice which we possess. I understood perfectly the Bhagavad Gita’s statement that God is the real doer of everything and we are only actors in God’s drama…I understood too Mohammed’s constant injunction to resign oneself to God’s will. In recognizing that we are parts of the pattern of circumstances and accepting it, we let go of the ego, thus fulfilling and finishing the divine Idea in us. But if the Oriental fatalists sit down to wait for something to happen, they will be forced, eventually, to get up and do something about it. But even their misconception is part of the scheme. However, for someone to appear among them and show up their error and arose them – even this too is a further part of the plan….

Everything has to happen the way it does….Even our weaknesses and faults are used to bring about the preordained happenings. There is nothing wrong, nothing evil, everything contributes to the ultimate good.”