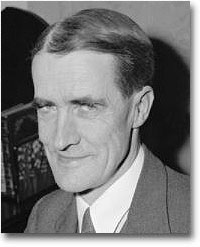 Charles Earle Raven QHC FBA (1885 – 1964) was an English theologian, Regius Professor of Divinity at the University of Cambridge, and Master of Christ’s College, University of Cambridge. Raven was also a clergyman in the Church of England, where he attained the rank of canon. Well-known for his interesting and arresting oratory, Raven was appointed a chaplain to the King in 1920.

During World War I, Raven served as a chaplain to the soldiers in the field and, due to the atrocities of war he witnessed, he became a pacificist. For the remainder of his life, Raven wrote prolifically about the subject of pacifism, a position for which he experienced some degree of ridicule and isolation. As a pacifist, Raven was an active supporter of the Peace Pledge Union and the Fellowship of Reconciliation.

From 1950-1952, Raven was the Gifford Lecturer in Natural Religion and Christian Theology at The University of Edinburgh. In 1947, he won the James Tait Black Award for his book English Naturalists from Neckam to Ray. From 1951-1955, Raven served as president of the Botanical Society of the British Isles, and from 1953-1957, he served as president of the Field Studies Council.

In his book, Good News of God, Charles Earle Raven described his mystical experience as follows:

“The healing came when with the sudden closing in of darkness the perspective became a silhouette, and the wide horizon of the fenland narrowed down to the small circle of the lamp. You know how in that little world every leaf and reed-blade takes on value; how one becomes aware of ranges of beauty and interest normally ignored. So it was then. But out of the wealth of a detail there was for me a drop of water in the axil of a teazle-leaf—a drop of water, and in it all the fullness of God. Our little lives, our fret and pain, so tiny and yet so tremendous. A drop of water and the presence of God.”

Quoted from Good News of God by Charles Earle Raven.