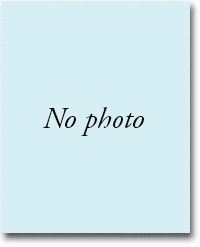 Wendy Rose-Neill was an English journalist and psychotherapist who, prior to her mystical experience, described herself as a “radical humanist” with no spiritual inclinations.

Rose-Neill’s mystical experience occurred while she was tending her garden in Buckinghamshire, England on an Autumn day:

“I felt as if I had suddenly come alive for the first time – as if I were awakening from a long deep sleep into a real world.  I remember feeling that a veil had been lifted from my eyes and everything came into focus…Whatever else I believed, I realized that I was surrounded by an incredible loving energy, and that everything, both living and non-living, is bound inextricably with a kind of consciousness which I cannot describe in words…the experience seemed endless – as if I were in some kind of suspended eternal state of understanding.”

“These two experiences felt as if they were revelations, and that I had inexplicably tuned into some mysterious vibration of which I’d been unaware before…I’ve had many other versions of the…experience…less intense, but still involving my whole self in this extraordinary way…their general effect has been to enrich the quality of my life and to give me a sense of continuity and meaning which has taken me through times of great personal crisis, when it seemed that everything was crumbling away. From these experiences, I have also gained a profound sense of wonder and mystery about the earth and the universe we inhabit, and an ever-deepening respect for all of life.”