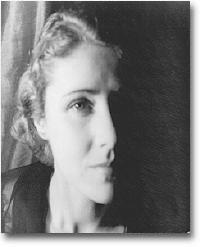 Claire Boothe Luce (March 10, 1903 – October 9, 1987) was a novelist, playwright, politician, diplomat, and advisor to Presidents. In 1953, Luce became the first American woman appointed to a major ambassadorial post abroad – U.S. Ambassador to Italy (she later became U.S. Ambassador to Brazil as well). In 1983 she was awarded the Presidential Medal of Freedom. She was the first female member of Congress to receive the medal.

I remember that it was a cool, clean, fresh, calm, blue, radiant day, and that I stood by the shore, my feet not in the waves.  And now – as then – I find it difficult to explain what did happen.  I expect that the easiest thing is to say that suddenly SOMETHING WAS.  My whole soul was left clean by it, as a silk veil slit by a shining sword.  And I knew.  I do not know what I knew.  I remember, I didn’t even know then. That is, I didn’t know with any “faculty.”  It was not in my mind or heart or bloodstream.  But whatever it was I knew, it was something that made ENORMOUS SENSE.  And it was final.  And yet, that word could not be used, for it meant end, and there was no end to this finality.  The joy abounded in all of me.  Or rather, I abounded in joy.  I seemed to have no nature, and yet my whole nature was adrift in this immense joy, as a speck of dust is seen to dance in a great golden shaft of sunlight.

I don’t know how long this experience lasted.  It was, I should think, closer to a second than to an hour – though it might have been either…[Years later] I knew it had been, somehow, the most real experience of my whole life.”

Quoted by John A. O’Brien in The Road to Damascus.