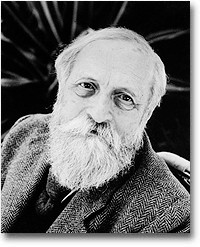 Martin Buber (1878 – 1965) was an Austrian-born Israeli Jewish philosopher, educator, writer, and translator. He is widely regarded as one of the 20th Century’s leading intellectuals. Buber is best known for his 1923 book, Ich und Du (I and Thou), which distinguishes between “I-Thou” and “I-It” modes of existence. In 1930, Buber became an honorary professor at the University of Frankfurt am Main, but resigned from his professorship in protest immediately after Adolf Hitler came to power in 1933. In 1938, Buber left Germany and settled in Jerusalem, Mandate Palestine, receiving a professorship at Hebrew University and lecturing in anthropology and sociology. Buber is the author of numerous works, including Ecstatic Confessions: The Heart of Mysticism, a book that describes higher states of consciousness from throughout the world.

“Now from my own unforgettable experience I know well that there is a state in which the bonds of the personal nature of life seem to have fallen away from us and we experience an undivided unity. But I do not know – what the soul willingly imagines and indeed is bound to imagine (mine too once did it) – that in this I had attained to a union with the primal being or the godhead. That is an exaggeration no longer permitted to the responsible understanding. Responsibly – that is, as a man holding his ground before reality – I can elicit from those experiences only that in them I reached an undifferentiable unity of myself without form or content. I may call this an original pre-biographical unity and suppose that it is hidden unchanged beneath all biographical change, all development and complication of the soul. Nevertheless, in the honest and sober account of the responsible understanding this unity is nothing but the unity of this soul of mine, whose “ground” I have reached, so much so, beneath all formations and contents, that my spirit has no choice but to understand it as the groundless. But the basic unity of my own soul is certainly beyond the reach of all multiplicity it has hitherto received from life….”

In Mysticism and Philosophy, the late Princeton University Professor, W.T. Stace, offers an important examination of Buber’s experience and of Buber’s interpretations of that experience. Writing in the late 1950’s, Stace first notes that “Buber’s opinions as to the correct philosophical interpretations of what he experienced are of course entitled to profound respect.” Stace continued: Buber’s account provides “almost indisputable further evidence” – from a contemporary, psychologically sophisticated intellectual – “that the experience of an undifferentiated, distinctionless unity…is a psychological fact, and not, as has been suggested, the misdescription of incompetent introspectionists.”

Stace also points out that “The remarkable fact is that [Buber] has, at two different periods of his intellectual career, given two different and mutually inconsistent interpretations of the same experience. His own earlier interpretation, made apparently immediately after undergoing the experience, was in accordance with the main mystical tradition. He believed in transsubjectivity and accepted it as truth that “he has attained to union with the primal being.” But later in his life he has changed his mind and now asserts that the undifferentiated unity which he experienced was only the unity of his own self…

[T]here is certainly much to be said for accepting the interpretation which [Buber] gave at the time he had his experience, while it was still fresh and alive, in preference to an interpretation which came as an afterthought, perhaps because of the pressure of the Jewish tradition against the concept of union. For there can be, I surmise, little doubt that the environmental pressure of the culture to which he belongs was basic cause of a change of mind which quite obviously went against the grain of his own more spontaneous feelings.” (From 1938 until his death in 1965, Buber lived in Jerusalem.)

Quoted from Martin Buber’s Between Man and Man.